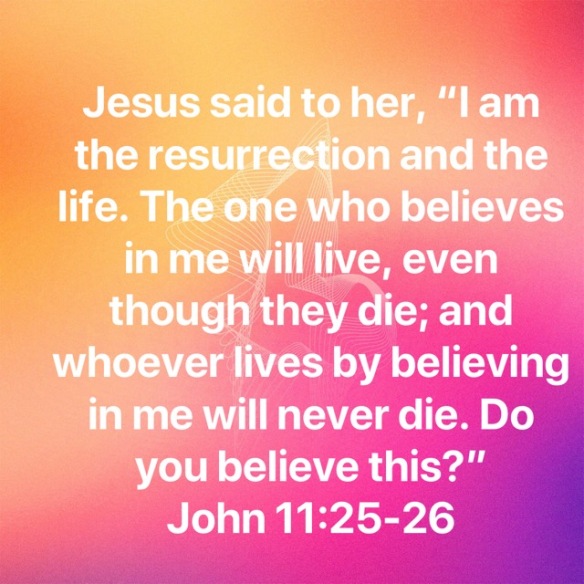 Around the time that Rich’s dad was suffering greatly from cancer, Rich and I took our kids to see “Narnia- The Voyage of the Dawn Treader” at the movies. In the movie there was a brave little mouse Reepicheep. He was a scrapper who fought for Aslan’s honor. The whole movie and the book that inspired it is an allegory of great spiritual significance. My kids may not have gotten it but my husband and I did. With all the events of our life at that time being what they were we both broke into tears as the little mouse stuck his sword in the sand and said, “I won’t be needing this any more” He then began to make the voyage to Aslan’s land, a symbol of heaven. Our kids were amused to see mom and dad crying at a kids movie about a quote from a mouse and continually teased us after we left the movie. I turned to them and said, “It was so true, he didn’t need his sword. His fighting was over. He was going to be with Aslan.” Once again tears welled up in my eyes and once again the kids giggled.

It’s been almost 8 years since we saw that movie and it is still the topic of a good hearted laugh about how mom and dad cried at “Narnia”.

I sit here today contemplating that scene again. I don’t know why we have to look at death with sorrow and finality. Actually I guess I do, but I think our limited view skews the reality.

My husband stumbled upon a song by Molly Skaggs on Ricky Skaggs’s album Mosaic. Called “I’m Awake Now”. Upon first listening to it I determined I never wanted to hear that song again. It’s all about that final step from here to eternity and how instantly we are awakened. It’s hard to imagine a life anywhere besides here. But the Bible gives us glimpses of what it will be like.

I had told my husband I didn’t like the song because it was about dying. He replied, “It’s about life.” Sometimes we hold onto the lives we have like they are Gollum’s “Precious”. It’s only because we haven’t seen any better with our physical eyes. Death is a passing, not an end. We would do well to remember that.

The things we have fought, or watched the ones we love fight, are no longer a struggle when we at our appointed time “Awake” to our new life. Not only are sicknesses and diseases swallowed up in Jesus’s victory over death, but fears and torments are no more when we stand face to face in the presence of the one who paid it all so we can live, Jesus. His perfect love finally casts out every fear as we see Him face to face. We too will finally get to lay down our swords because we won’t need them anymore.

The words to that song have been echoing in my head today.

I Wondered If I Would Get Through It
And Come Out On The Other Side.
What You’ve Heard- There’s Something To It,
And Now My Eyes Are Open Wide.

I’ve stood at the bedside of someone I loved as I watched their last breath, and honestly the thought of standing beside others I love as they close their eyes has been a dreaded event for me.

But “the sting of death” is gone when I realize they’re not sleeping. They’re awake to worlds and realities that my mortal eyes can’t see, and it will seem like a moment to them that we are separated. Just like an earthly nap seems like a minute, and my “Awakening” will come when I have done what I was placed here to do.

1 thought on “The Final Awakening-”